The system has two functions (more on these further below)

NPPA is the same government bureau that issues ISBNs required for publishing a game in China in the first place. Any game live and operational in China must be integrated with the system latest from June 1st 2021 onwards. Don’t let the “online” in the name fool you – it includes all mobile games as well.

You may be thinking that you’ve heard this sort of news over a year ago already. This is because requirements to include real-name ID (or RID, as we call it at MyGamez) check and anti-addiction system has been in effect for all games in mainland China already from January 1st, 2020. Kids excessively playing games is seen as prohibitive to their health and studies, which is why the government imposed this regulation. To explain the regulation in brief:

1. All players must conduct ID check with their Chinese name+national ID. This looks something like this, simple dialogue with fields for name and ID. 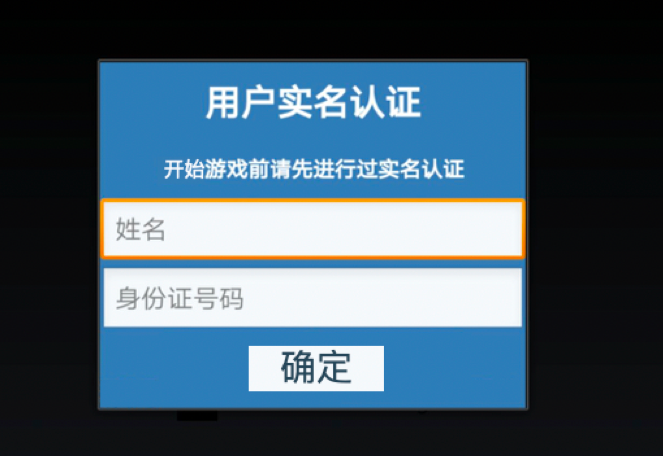 Chinese national ID number (身份证号码) is 18 digits long, and includes the person’s birth date. Game studio must authenticate this ID as valid, meaning that it is in fact a real person wanting to play the game.

2. After ID check, based on the age of the user, underage players must be put under the following anti-addiction restrictions:

• Under 8 yo cannot buy anything.

The regulation allows for guest mode login, which lets players test a game for 60 minutes before conducting the mandatory ID check. IAPs must be disabled for guest mode users, and after the 60 minutes are up, ID check is required before gameplay can continue.

The above underage restrictions are staying the same, and must still be imposed upon underage players in all games in China, both iOS and Android.

So what is the new ‘Online Game Anti-Addiction Real-name Authentication System’?

In addition, playtime must be reported to the system for all players, including guest mode players and adult players. The system is based on http(s) requests/queries and there is no SDK or files going into the game. The system has no functions to limit underage player playtime or purchases - those must all still be taken care of by the developer/publisher.

How the system works 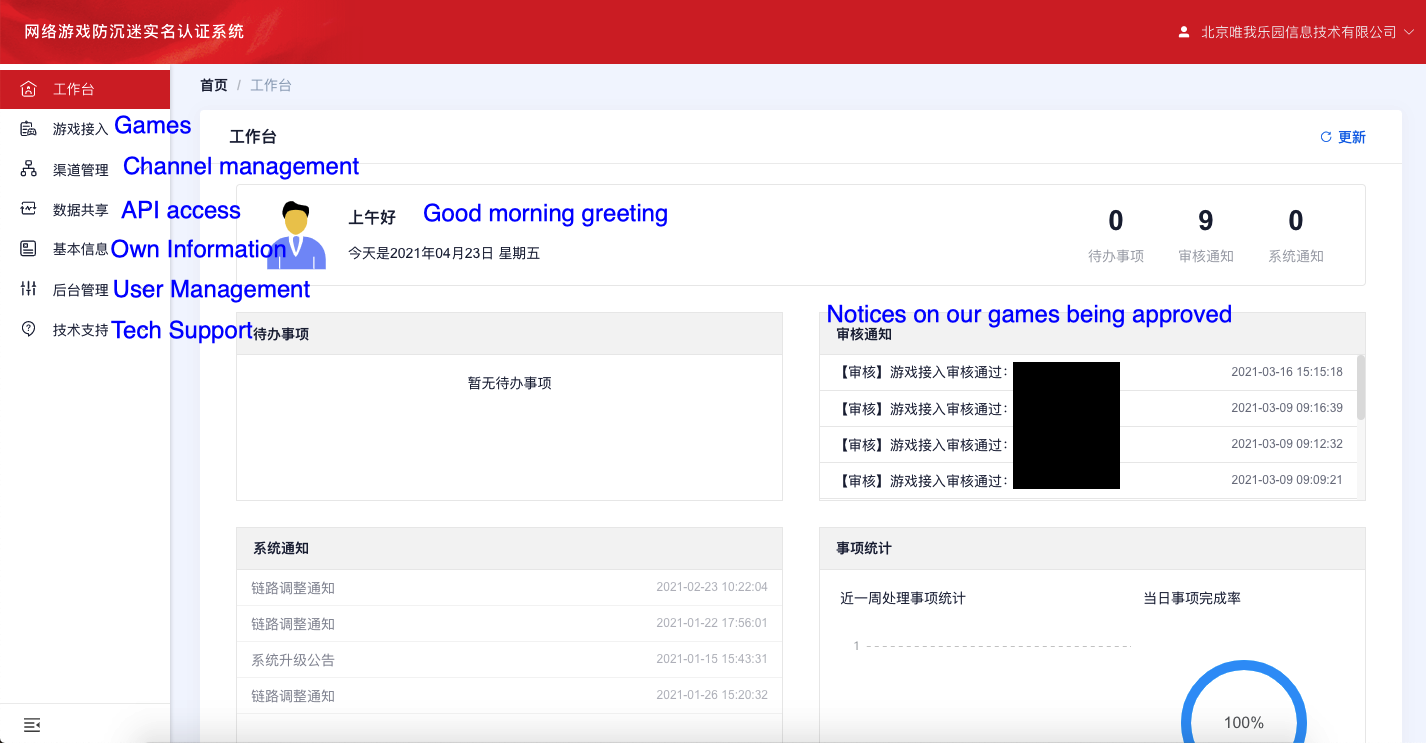 The system has two types of entities:

This must be a Chinese entity operating games.

These are distribution channels such as Huawei or Vivo.

Games in the system

Games are added to the platform by publisher based on ISBN number. The publisher who holds ISBN is responsible for making sure their game is integrated into the system. If publisher A holds the ISBN, but for whatever reason publisher B is actually distributing the game now, then publisher B can also register the game in the system with an exclusive authorization for ISBN use from publisher A.

Once publisher has added a game to the system and it has been approved, they can send a request to link the game with the channels where the game is (going to be) live. Channel representative must log in to the system to accept the link.

Once channel has approved the linking and the game’s ID from the system is added to the channel’s backend, the game can conduct ID checks via that channel’s updated SDK in the government system. Presumably it is built like this because channel’s (Xiaomi, Oppo, etc) want to control the ID-check process, and even before this new system, the ID checks have gone through the channel SDK, with some channels also directly handling the underage restrictions with their SDKs.

What do (non-Chinese) developers with game(s) live in China need to do before June 1st?

If you have game(s) with ISBN live in China, you must work with your publisher to comply with the new system ASAP, also for iOS. The tricky part is that only your Chinese publisher is able to submit the game to the system and each Chinese publisher has their own ‘SecretKey’ for system access, which their server must use to send requests to the national system.

For iOS this means the Chinese publisher who applied for the game in the system should create an API that forwards requests from your game/game server to the government interface.

The official announcement says games without this system can’t continue operating from June 1st onwards. It remains to be seen what actually happens on June 1st. Most likely for the big established Chinese Android channels, games without the system integrated will be taken down until integration is completed. For iOS, it’s more likely that the games can stay up for a while longer, meaning that Apple may not enforce this immediately. You must keep in mind though that it’s a legal requirement tied to the ISBN license, so it’s highly advisable to get this sorted right away.

Whether you already have games in China, or are just considering entering the market, don’t hesitate to reach out to us at MyGamez to discuss how we can work together take your game(s) in China to the next level!